Unconsciousness refers to a state at which the casualty is not able to respond to any external activity—this is also known as comatose state or just coma.

The person may not be responsive to people or certain actions by being either confused or unaware mentally. A change in a person’s awareness is called altered mental status. This includes 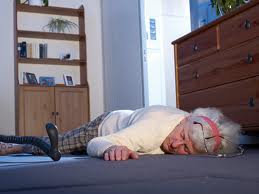 Note that unconsciousness or altered state of mind is a medical condition and should be considered as an emergency situation. Recognizing and managing unconscious victims is a major component of workplace approved first aid and CPR training. To learn how to manage unconscious patients with “hands on” training and certification enrol with one our training providers today.

To ensure that the casualty is ‘mentally’ awake, ask him these questions:

You can thus, determine the casualty’s state of mind—if he is unable to answer any of the questions, consider him to be in an altered state of mind.

Note that not being awake or just being asleep does not imply that the casualty is unconscious. To determine if the person is sleeping or unconscious, shake him and call out his name loudly enough to wake him up. If he does not wake up consider him to be unconscious. It is crucial to call for help immediately as an unconscious person does not have control of many bodily mechanisms including coughing and clearing the throat—which may also lead to choking and death.

Unconsciousness may be a symptom of another major underlying condition. Unconsciousness results from many major complications such as shock, heart attack or drug abuse such as alcohol abuse.

Sometimes unconsciousness that is short-lived, known as fainting, is a result of low blood sugar, low blood pressure, heat stroke or dehydration. However, you should not waste time trying to figure out what caused the problem and call for an ambulance immediately and then look for signs of the cause. Note that unconsciousness may also be caused by life threatening conditions such as nervous or heat problems.

Some common causes of fainting include:

If you see someone fainting, make sure you catch him before he falls as he may suffer from major injuries by falling. Lay the casualty down and raise his feet to encourage circulation. In case, the casualty is feeling faint due to low blood sugar, give him a sugary drink or something sweet to eat until he is fully conscious again.

When to seek medical attention

Call an ambulance if:

Call for emergency help, if the casualty returns to consciousness, but the following conditions occur: